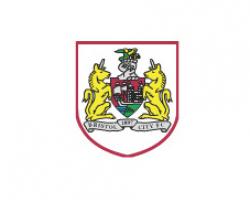 Bristol City 0-0 Crewe: Match Report - view commentary, squad, and statistics of the game as it happened.Alex survival fight goes to wireCrewe's battle to avoid relegation will go down to the final game after a goalless draw at Bristol City left them one point above the bottom four.The visitors had a wonderful chance to clinch all three points four minutes from time when skipper Matt Tootle fired wide from eight yards after good work from Mathias Pogba.It could prove a costly miss

With nothing to play for, City created little, although substitute Martin Paterson might have done better when shooting wide from Wade Elliott's 76th-minute pass.Crewe created the best chances of a competitive first half, Pogba producing an air-shot in the sixth minute when well placed to score.The striker also headed wide in the 28th minute and had a shot on the turn blocked on the line in a crowded goalmouth.City's best first-half effort was a close-range back-heel from Jay Emmanuel-Thomas, which struck a defender.Crewe built a succession of promising moves, but lacked a killer punch in front of goal

Their final game is at home to Preston