​With the Premier League having the most nail-biting title and top four race in recent years, much of English football's gaze has been diverted away from the equally exhilarating Championship run-in. It has been nothing short of a scintillating season for Daniel Farke's team, hitting the back of the net for fun and showcasing a never-say-die attitude has also resulted in them scoring a league high 19 goals after the 75th minute - as well as an unbeatable 78 in total.

Such has been the fine work by Daniel Farke since taking over that one of the few certainties remaining in the division is that Norwich will get promoted as title winners. After finishing in 14th last season behind Leeds on goal difference (I told you this division is unpredictable), the turnaround this year has taken many by surprise.

The Norfolk outfit have relatively favourable fixtures remaining, and I'm tipping them to become the fourth member of the Championship 100 points club. Yep, that's right, Leeds won't make an automatic promotion spot. Instead, I'm backing ​​Sheffield United to taste the sweet nectar of ​Premier League football without the dreaded lottery that can be the play offs.

Chris Wilder has worked miracles at Bramall Lane since taking charge in 2016, leading the club out of League One with a century of points and safely retaining their Championship status with a tenth place finish last season. His introduction of a back three with five across the midfield this season highlighted their strengths and limited previous frailties, with the tactical switch allowing the full backs to make ground and deliver the kinds of crosses that Billy Sharp gobbles up for fun.

The Blades have ground out wins where necessary, while equally scoring shed loads of goals against weaker opposition. This year could very well be their year. It could well be as little as one ​point that denies Marcelo Bielsa automatic promotion come May; a manager that has reinvented Leeds as a football club since taking charge at the start of the campaign.

His meticulous approach to preparing for matches has been the cause of both controversy and praise this season, but no matter what you believe, it has put the club firmly in the race for a top-two finish. That said, tough fixtures await them and losing leading scorer Kemar Roofe for the rest of the season to injury in February could have serious implications for the end-of-season shootout. 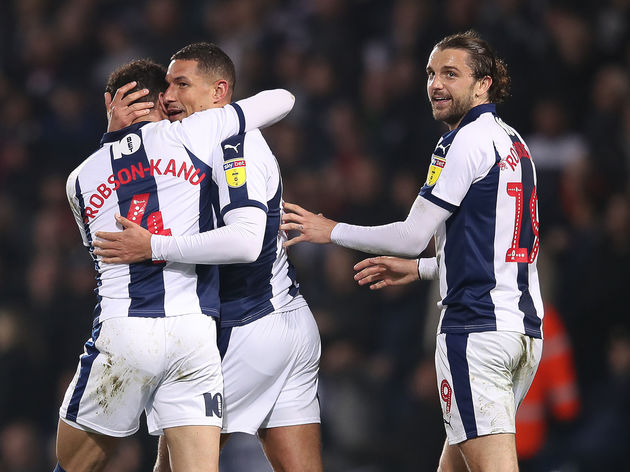 The sacking of Darren Moore back in early March took many by surprise. The vigorous nature of the Championship means those sides dropping down from the Premier League always struggle, regardless of the quality they possess. A run of four wins from 12 prompted Moore's departure, who recruited well with the arrivals of Dwight Gayle and Jacob Murphy.

Stand-in boss James Shan has since ​West Brom to three straight wins, so a play off spot is surely on the cards barring an almighty collapse at this stage. Interesting fact of the day, Bristol is the largest city in England never to have had a team in the Premier League. Under Lee Johnson though, they're sure as hell having a right good go at amending that.

The club have seen a similar pattern emerge in recent seasons, being there or thereabouts for a play off spot, but falling short at the final hurdle. Johnson has built a team based around keeping games tight and nicking the odd goal, a trait that could see ​the Robins over the line and in with a shout of top flight football next term. The bitter disappointment of losing the play off final last season to ​Fulham looked likely to doom ​the Villans - with the consequences seemingly setting Villa on a path towards financial insecurity and a potential Sunderland-esque downfall.

However, in times of darkness, be the light. On loan Tammy Abraham has been pulling up trees this season, and the club's success in retaining Jack Grealish has proved pivotal, with the duo performing valiantly this term to keep alive Dean Smith's side's hope of another crack of the whip in the play offs.

It'll be tight, and I mean really tight, but a club that surely belongs in the Premier League could still conjure up one last push that sees them sneak a sixth place finish.